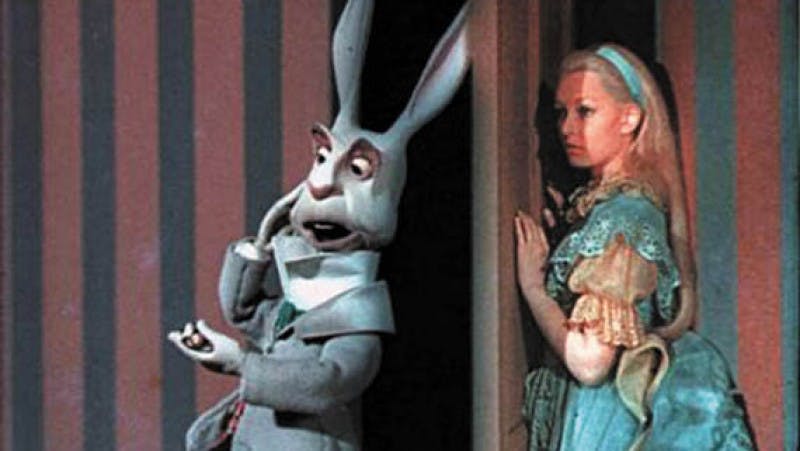 Wonderland sucks at keeping secrets. If you ever start a sentence in the WonderHood with, “Now keep this under your hat….”, you might as well walk right into Western Union and send a telegram out to your entire zip code.

Texting is not really a thing, but they’ll stare at the flashing colors in Candy Crush for hours.

So, there aren’t so many secrets in the WonderHood, what with everyone blabbing about everything all the time. And it’s kinda hard to keep it all straight. I mean, how are you suppose to know what’s a real secret and what’s not?

That’s one of the reasons we started The Ultimate AliƧin Wonderland Tour. There so much music, madness, mayhem and so many secrets in the WonderHood, how’s a body to know a “real” secret from an “I wish that were a secret” secret?

The jump down the rabbit hole is disconcerting enough.

So… wanna know if it’s “One lump or two?” Want the shocking truth about Eat Me Cake calories? Want to know the disturbing secret life of Tweedledee? Great, we got all the juicy who hates who, who’s dating who sordid details.

Only, you’re gonna have to wait.

The Ultimate AliƧin Wonderland Tour is all the music, madness, mayhem and the “real” secrets of the WonderHood.

I’d tell you when The Tour’s starts, but it’s a secret. For now…

Don’t like to read? No problem. Click the video and hear Victoria read to you. Watch Time 1:43

Dude, what’s with all the whispering, and what’s in it for me? Don’t sneak up on me like that!

p.s. The website is “the truth, the whole truth and nothing but the truth.” Don’t believe a word the socials tell you.